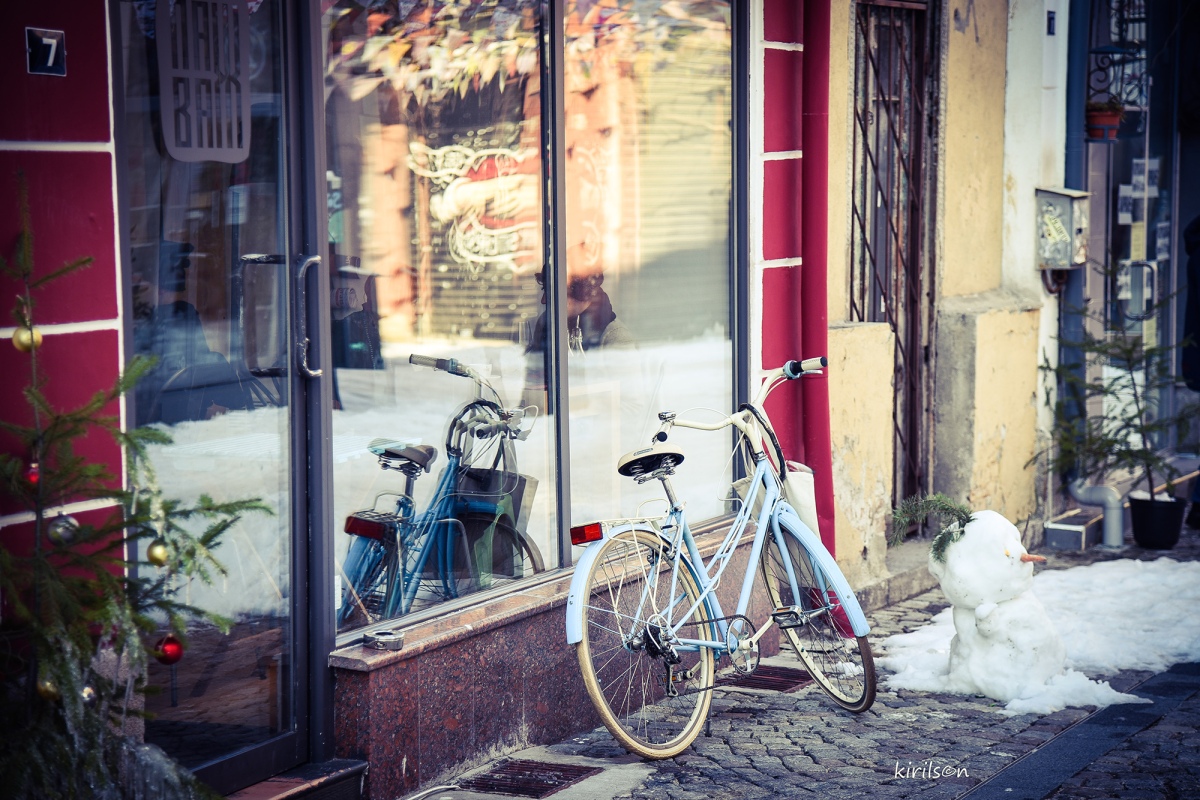 The day after our winter tour in Sofia I decided to take my visitors to the second biggest city in Bulgaria – Plovdiv, where it was much warmer, around -3 degrees. It’s a more artsy and culturally diverse place than Sofia (maybe) and will be the European capital of culture in 2019, something people in Plovdiv seem to be very proud of. More jokingly known as Mainatown in the other parts of Bulgaria (coming from the locals way of addressing everyone as “maina”), Plovdiv used to be the biggest and richest city while Bulgaria was part of the Ottoman empire, 14th-19th century. It is actually one of the oldest towns in the world, founded thousands of years before Christ and inhabited by Thracians, Persians, Greeks, Romans, Slavs, Bulgarians, Huns and Turks in an approximate order of appearance.

The artsy spirit of Plovdiv becomes evident after a casual straw around the main walking street, which is full of statues, graffiti and hipstery places at one end.

Apart from the modern city centre, the biggest tourist attraction in Plovdiv are the hills with a nice view to the city, and the old historic centre. Back in 19th century Plovdiv used to be the richest and most international and diverse Bulgarian city and you can see this in the old town with the typical architecture from the time.

5 thoughts on “A winter day in Plovdiv”