After two weeks of hibernation in the freezing Bulgarian winter it is finally time for a new post. And for a change the photo-focus in this post will be actually on a male model, Arti (Artiom). His girlfriend, Markha, wanted to have a photoshoot of both of them in a fancy hotel room in Sofia. The secret extra mission I had was to mostly focus my attention on Arti as Markha wanted to make him a birthday present by selecting her preferred photo and converting it to a nice painting. So I tried to not only take group photos of the two of them but also make Arti pose for some photos solo. I was greatly helped by my assistant in this photoshoot, Katia, who had lots of nice and fun ideas about the positioning of the objects and models.

The room Markha decided to hire for the photoshoot was in the most iconic hotel in Sofia, presently known as Sofia Hotel Balkan. It was built in the socialist period of the country and was by far the most fancy hotel in Bulgaria back in the day, hosting all the official guests of the state. It is of course right in the centre of Sofia, just next to the houses of the parliament and the prime minister and president. And the view is towards the St. Nedelya square and the old orthodox church with the same name.

And even if the hotel room was (understandably) slightly outdated for the present day standards, I think it still provided the classy look we were going after as a background for the photos which I decided to show you interchangeably in color and in black and white.

Now that I mentioned Russia, I have to tell you more about the very interesting story of Arti and Markha. They are both of Russian origin, but were actually raised and live in Bulgaria. Artiom was raised in Burgas, while Markha in Varna – the two main seaside cities in Bulgaria. Eventually they both came to live Sofia, where Arti is pursuing a career in the show business. He is actually somewhat famous already as he participated very successfully in the Bulgarian version of the X factor show (which I have to admit I only learned afterwards) – for example you can see his first performance on the show (in Bulgarian): (https://www.youtube.com/watch?v=uQNsE1znfdQ). And apart from his musical talent Arti clearly has the looks of a model so he was an equal match to Markha who has already posed for quite a few photographers in Bulgaria on various occasions. So now that you know their story, I hope you’ll enjoy the rest of our photoshoot. 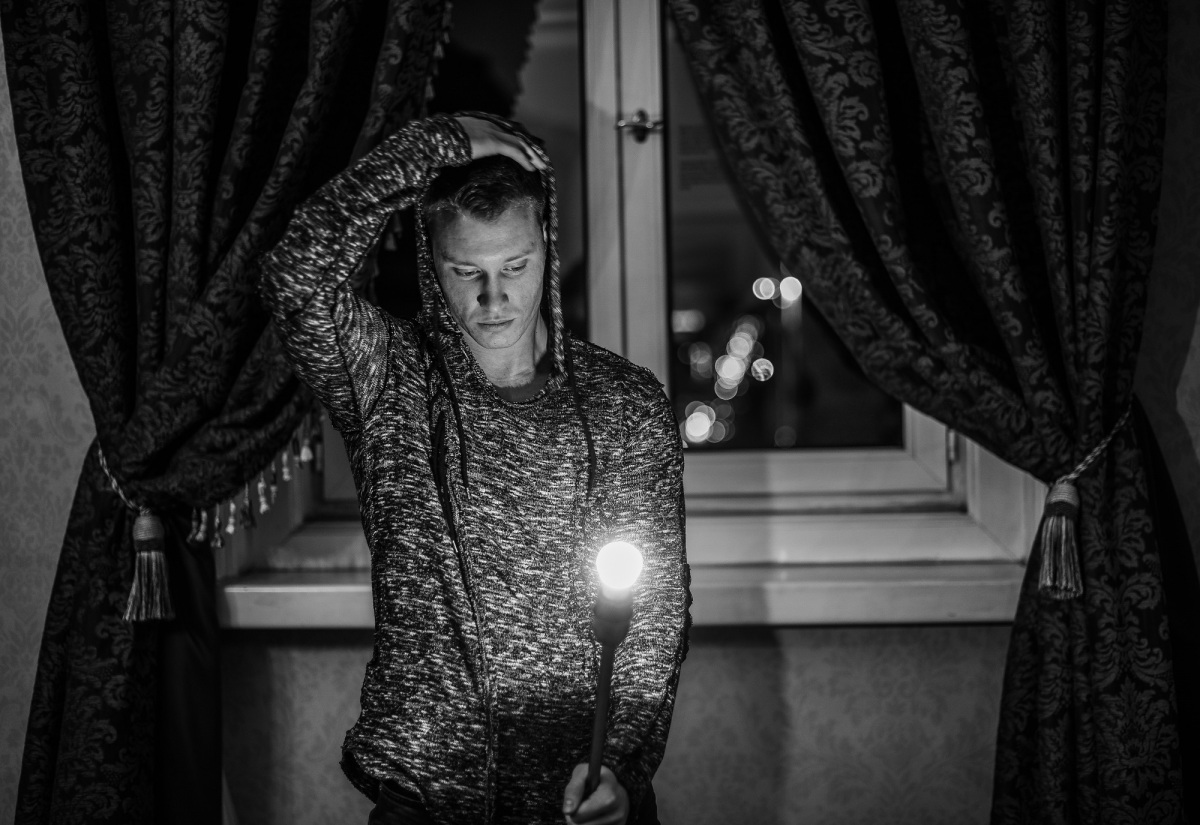